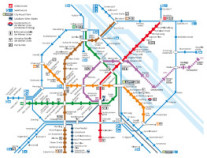 To see the network of public transport in Vienna is greater, either click on the image or here >>>

There are five subway (U-Bahn) lines.  Combined with the street trams and buses, the public transportation system is a great way to get around the city.  Subway trains run roughly every five minutes during rush hour and every eight minutes during non-peak times. 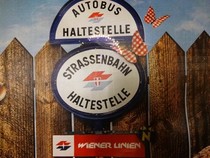 Trams (Strassenbahn or BIM) cover a great deal of land mass.  There are more than 30 routes which run every five to ten minutes.  Most tram and subway stations have excellent timetables listed or electric monitors tracking the times of arriving vehicles.

The S-Bahn or ‘Fasttrain’ is a commuter train line connecting neighboring cities and towns to Vienna, as well as making for a quick method of travel between areas of the city which are furthur apart.  The S-Bahn, officially called the ‘Schnellbahn’ is run by the ÖBB http://www.oebb.at/en/

Additional routes and schedules of the Vienna transit system (night buses, fare zones and more) may be seen here, in German 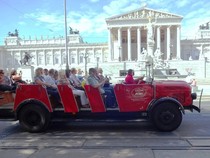 Children under the age of six years may travel for free on the public transit system.  It is necessary to carry proof of identification and age for transit authorities.

In addition to the subway, tram and train networks, Vienna’s public transportation system includes a system of buses.  Bus routes along streets and avenues make additional trips available often crossing distances not otherwise covered by trams or the subway system. 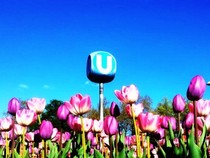 Every passenger is required to carry a ticket for travel on the public subways, trams and buses.  At any time a passenger may be subject to a check by a ticket inspector who is wearing pedestrian clothing.  Having no ticket at the time of inspection may result in a fine of 70 Euros.  Tickets may be purchased at machines or ticket booths inside of subway stations as well as online.  Weekly passes, monthly passes, eight ride passes, as well as tickets for individual rides are available for purchase. 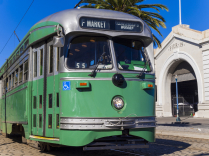 In rural areas, between townships and connecting towns to cities is the Post Bus network.  Many people use the Post Bus to commute to work and school.  Post Bus >>>

The Vienna City Airtport Train (CAT) makes nonstop trip from Vienna’s city center to the Vienna International Airport in 16 minutes.  The CAT travels to and from the airport every thirty minutes and on the Vienna end, it connects to the Vienna public transit system. http://www.cityairporttrain.com/