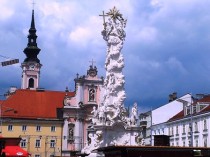 Lower Austria is the largest province of Austria. Set around Vienna and was administered with Vienna until 1986. In 1986, the city of St. Pölten was appointed state capital.

Around 970 Lower Austria was named Ostmark. Today Lower Austria borders on the Czech Republic and Slovakia. 996 AD. in Lower Austria, the name "Ostarrichi" first appeared in a document, this is the first time Austria was mentioned. A copy of this certificate is retained in Neuhofen Ybbs.

In the 11th Century, the Benedictines settled in the town of Melk and built a large and interesting monastery. Famous artists from the Baroque period including Jacob Prandauer and Fischer von Erlach built the monastery in its present form. Its famous library contains about 100,000 books and 2000 manuscripts. 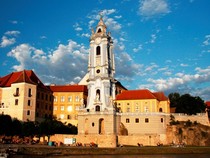 The Wachau is a 30 km long river landscape between Krems and Melk. The Wachau was listed by UNESCO as a world cultural and natural heritage site in 2000. The region is known for its apricots, white wine and the beautiful scenery along the Danube. A boat trip from Vienna to the Wachau is recommended.

Photos of the summer solstice party 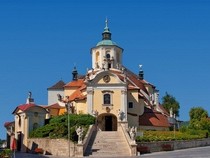 Eisenstadt was the capital of Burgenland in 1925 when Burganland came from Hungary. Eisenstadt is the center of wine production. Franz Josef Haydn and Liszt come from this region.

The Esterházy Palace was built in the 17th Century as a Baroque palace. In the frescoed Haydn Hall Josef Haydn conducted and today the hall is still used for concerts. 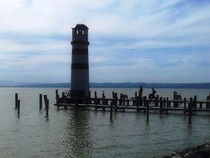 Lake Neusiedl is the largest steppe lake in Central Europe, it occupies 320 square kilometers. Three-quarters of the area belong to Austria and one fourth to Hungary. The deepest part of the lake is two meters. During summer, the lake quickly becomes warm and it is a popular swimming spot. The entire lake is surrounded by reeds. Places such as Rust, Mörbisch, Podersdorf, or Illmitz are pleasant destinations for a swim and a restaurant visit. In the cellars one can replenish one’s stock with excellent red wines.